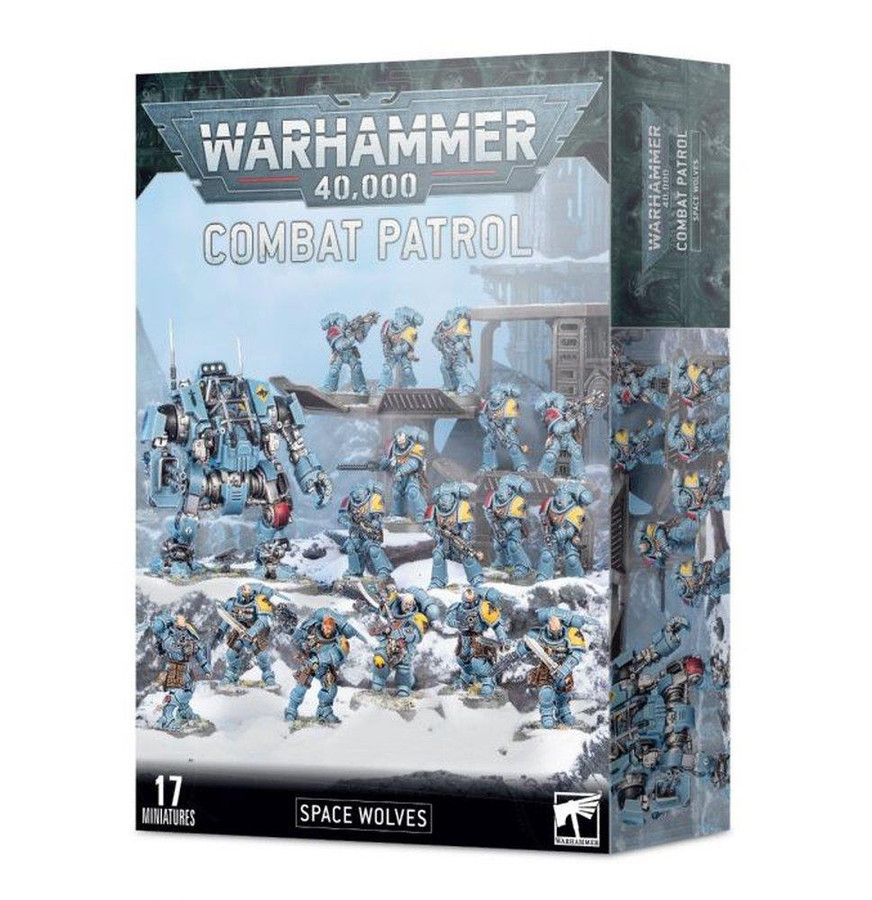 The Space Wolves are a savage Space Marine Chapter of merciless hunters. They hail from the icy death world of Fenris and strive to emulate the strength, cunning and howling ferocity of their Primarch: Leman Russ, the Wolf King. In their pursuit of the enemies of Mankind across the Sea of Stars, the Space Wolves employ the advanced technology and deadly weapons of the Adeptus Astartes under a skin of seemingly feral barbarity. The armoured flanks of their battle tanks are inscribed with runic totems. In the glare of plasma coils glint the fangs of primitive fetishes, and over power armour the colour of threatening storms are hung the pelts of alpha predators. Alongside them lope the giant wolves of their home world, and the Space Wolves take up their loud howls when the warriors' keen senses detect their quarry at last run to ground. With audacious boasts, the taking of impetuous risks and the joyful roars of warriors born, the Space Wolves are a Chapter of heroes who wage war without fear or doubt, each seeking to forge a saga worthy of immortalisation.

A key selection of Space Wolves units
A Combat Patrol-sized force in a box, designed to save you money!
17 multipart plastic miniatures